I found a very very silly story for the Maggid concert. I spent a few days brushing it aside, cutting it down, making fun of it…and still it hung around. I’d swing at it and it would bob away, only to come fluttering back like a gentle, idiotically persistent moth.

Just today while I was boxing, sweating out some frustrations and some chattering mind-gremlins, the story grew fangs. It grew arms laced into hard little boxing gloves. It hit me. It bit me. It gave me the reason I was telling it… and I had to stop, breath coming hard, and drop into some pushups and laugh. Okay, and maybe cry a little.

So. this is being a Maggid.  Wait – is this being a Maggid? It’s like I am my own court jester. A part of my mind sees my struggle (maybe a struggle I haven’t even admitted to myself yet), comes up with an analysis, sees past it to the heart of the matter, puts on a motley cap and bells and THEN- and only then- brings a story to my attention; but it doesn’t explain it. It just gives me the story so I can (maybe) figure out my own sh*t. Then it hands me the cap with bells and tells me, “Wear this, dance around, tell a story and stop being an idiot.” Also, it reminds me I don’t have to battle other people’s opinions of me..because other people’s opinions are reflections of themselves. (It usually says this while holding up a very useful fun house mirror.)
It says other people’s actions and choices have nothing to do with me, and everything to do with themselves.
It says my own actions and choices have nothing to do with other people, so I’d best own the choices I make, (and love them, or make better choices) because those actions are reflections of who I am.

It says we can change the reflection at any time, but only when we realize that no one else is responsible for it. 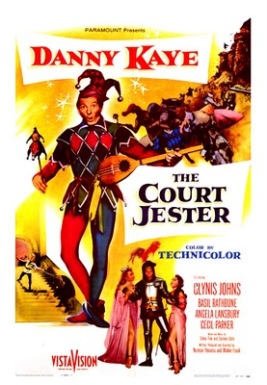