Because one of my boxing teachers reminds me of a young Baryshnikov, 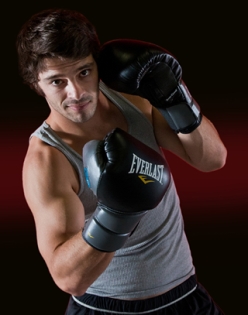 I was catapulted into a memory this morning.

My mind flew back to a day at the very beginning of my Juilliard Adventure, when a young, dewy me (in my early 20’s, probably around the age my boxing teacher is now, in fact-) stepped onto an elevator in the Lincoln Center, my new home. The large silver elevator doors, the red accents in the carpet and hall, the hush in the building, the coolness of the air- everything etched on my mind with wonder, with the sharpness of a dream come impossibly to life- made my breathing quicken. I looked at every door down those long halls, wondering what was behind it, enchanted at the faint sound of string instruments in practice rooms. The smell in the air (that theater smell, mixed with new carpet, classroom and the smell of wood for some reason) made my heart leap about- I was at Juilliard! Everything was tinged with magic, the tingling energy of boundless possibility.

I was very self-contained in those days. Quieter. Tried to take up less space. One of my acting teachers once compared me to Jane Eyre. (Most of my present friends will laugh hysterically at this. It is true, I was very mousy and Brontë-esque.)

I walked politely into the elevator, turned around and pushed the 3rd floor button, (this was the very beginning, before I had found the stairwells and walked up and down every day) 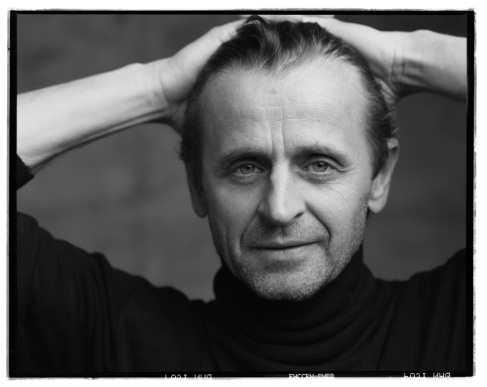 These were the early days, before I had gotten cynical and used to seeing celebrities everywhere. Before I had descended into Becky’s Blue Period during which I scoffed at them and called them non-artists and sell-outs – still secretly thrilled to see them.  (not sure what I was thinking… I think I actually thought people could make a living doing Shakespeare if they so chose. Or perhaps I thought that true artists didn’t make livings- they starved. Oh dear, that’s embarrassing… but I was cute, I was young, so let’s give me a get-out-of-jail-free card.)
( for the record, I did not ever call Steve Martin a “sellout,” and when I walked to school beside him, I talked about his cheeky grin for months afterwards.)

Anyway. Back to Baryshnikov – It was a small leap. Just a hop, really- who hops onto the elevator? Apparently, Baryshnikov does. (If I were Baryshnikov, I’d freaking hop everywhere.)

He had a stern, imposing and scary bodyguard-minder-aide person with him – a tall bald man, with a thin black wire connected to one of his ears that hung down to disappear mysteriously in the breast of his impeccably tailored and completely nondescript dark suit.  All I remember about this guy was that my eyes couldn’t find any purchase on his person, except for the gleaming of his bald head; my eyes simply slid right off him. Looking back, I’m thinking it’s a talent Bodyguards must have; or perhaps they learn it at Bodyguard Academy.  He possessed a presence and energy precisely equivalent to a concrete wall. The man turned, pushed a button, and promptly became Elevator Wall.
I was alone in an elevator with Baryshnikov. (Baryshnikov! My childhood hero!)

He had lightly drifted in after that initial leap- he settled to the back of the elevator, next to me, his eyes on the ground, (smelling – I must add because I have a nose like a dog -lightly spicy, mysterious, layered, like redwood detritus crushed underfoot.) his face a little troubled.

It was that small frown, that cloudy look on his expressive face, that made me do the mortifying and wonderful thing I did next.  I remember my inner Wee Free Man shrieking “for God’s sake ! Hold your head up! you are Baryshnikov!”
Driven by the wrongness of seeing Mikhail Baryshnikov sulking (sorry- there is no other word for it- he was definitely sulking),

“Please tell me,” I blurted, my voice a little rough so I had to clear my throat softly, “how do you leap so high and so – completely free?”

cringing at my bad grammar, darting glances at him, I waited , wondering whether he would pretend I had not spoken. Wondering…

(I should hit the pause button here in order to give a little background: I have a Wee Free Man in my head who wonders things … like when I had a spear-carrying role at OSF, the naughty Wee Free Man used to drive me nuts wondering what would happen if I just walked out into the center of the Elizabethan stage and started howling or tap dancing and spouting naughty limericks out of sheer boredom; or when I played Maria in Sound of Music and heard the first notes of the orchestra, perched in my starting position at the top of the hill, that darn Wee Free Man wondered how long it would take the audience to notice if I switched the words and started singing “IN the town where I was born, lived a ma-a-an who sailed the seas…and he told us of his liiiife in a ye-e-llow submarine…” instead of “my day in the hills…” that one was a very narrow escape, as I was utterly fed up with that particular Sound of Music. )

(if you do not know what “Wee Free Men” are, see photo, then read some Terry Pratchett.)

eh hem.  Un-pause. My inner Wee Free Man wondered what would happen if I pushed the “Emergency Stop” button. I didn’t push it.

Finally, he dragged those melting eyes up to look straight into mine. (I remember them as brown. I know they are blue, but his pupils were dilated a bit- his eyes were rather like a Golden Retriever’s eyes- large, liquid, and totally unguarded.)

He lit up slowly. That man has a torch inside, I swear.  A smile spread across his face – a smile that ruined me forever for dating, and made it impossible, ever, for any man to totally measure up-

and he said in charmingly halting English, “When I leap, I do not think about the ground.”

and then the doors opened, and with a wink and a knowing smile, (no longer sulking, I couldn’t help but note) with his ambulatory concrete wall preceding him,

“When I leap, I do not think about the ground.”